To access the Cova Tallada between June 15 and September 30, you will need to make a reservation.
BOOK HERE

The Cova Tallada is at the end of the Rotes, up the Via Lactea Street and hiking the coast after a half-hour road that has been consolidated for years.

The Cave can also be reached out by kayak or boat. From Denia there are many companies that carry out this type of excursions!

Essential things you need to take to the Cave

If you have sensitive skin a sunscreen and a cap is something that you can not miss.
You will definitely need comfortable shoes.
Beverage (one medium bottle per person is recommended), since depending on the temperature of the day the walk can be a little hard to take.

Once in the cave

One towel per person to dry and sit on the rocks. We recommend the use of rock water shoes, all ground is rock.
One of the most fascinating things in the cave is its interior. Many visitors do not know that beyond where the cave is illuminated by sunlight, there is a real dark cave with water leaks. Its interior has no loss, but you will need a flashlight or mobile light. Better to put on some clothes, since it’s cold inside.
If you are a diving lover you can not miss a simple snorkeling equipment (glasses and tube). You will always find fish, but depending on the sea conditions, more or less.

If you are going to spend the day in the Cave you will need a snack, we recommend a sandwich, it ends up being the most affordable. From Discover Denia we ask you, from the bottom of our heart, to collect the garbage you generate, so we stop seeing images of Cova with garbage year after year. 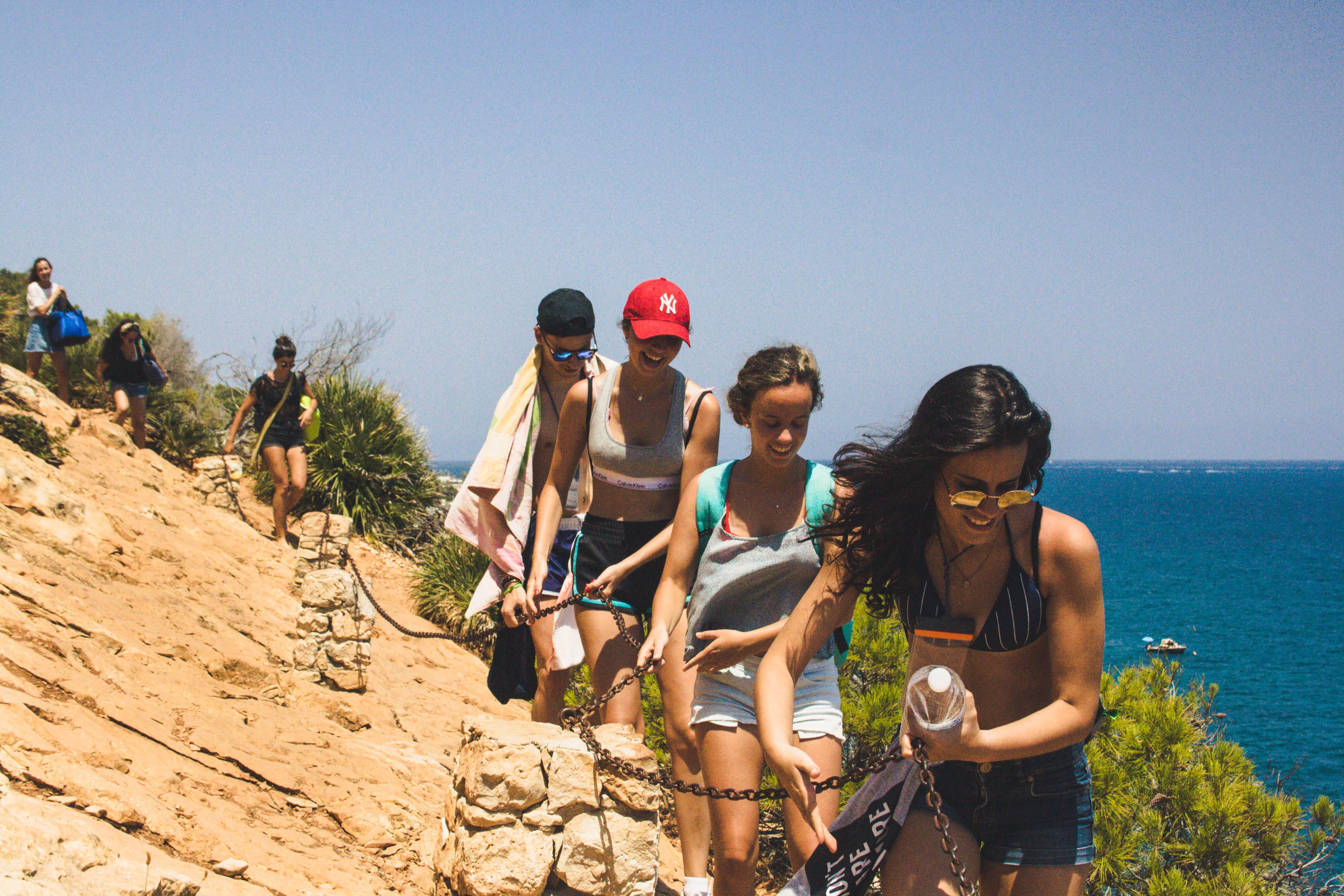 At the foot of the Cabo de San Antonio, located in the Montgó Natural Park, this open cavity is hidden from the sea. This emblematic cave receives the name of “carved ” or “ tallà ” (which means cut in Valencian), because it is from there that rough stone formed from beach dunes was extracted  for the construction of buildings. One of them is Denia’s Castle, built by Muslims at the end of the 11th century. The most fascinating thing is that the cuts are still visible throughout the cave.

Apart from the quarry, it served as a marine refuge during World War II.
Inside the cave retains a graffiti of the visit of King Philip III in 1599.

Check out this video of the Cova Tallada from Google Earth, hope you like it!

How to get there?

Have you already visited La Cova Tallada? Share your experience with photos, videos or comments on the blog or tag us on social networks, we would love to publish you on Instagram, Twitter or Facebook! 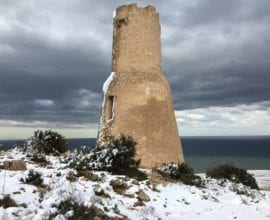 Torre del Gerro – All You Need to Know 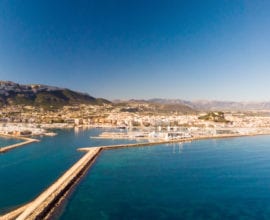